The Indian wall paintings tradition is the product of the composite culture of the land of great physical splendor, a rich racial mix,a long history and a complex religious ,social and economic ethos.

The Mauryas (320-187 BC) founded a large empire ,contributing to culture in the form of architecture and sculpture. The Guptas (AD 329-570) -whose rulers considered the golden age of Indian history in literature,architecture, and sculpture. The first book on wall painting called "chitrasutra". 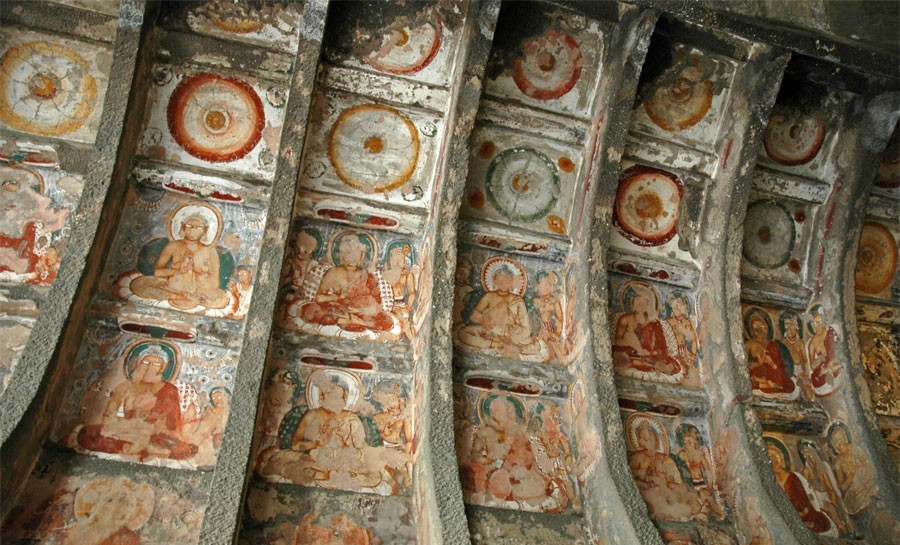 Kailasanatha temple in kanchipuram( 8 century AD) and the Brhadisvara Temple in Tanjavur (early 11 century) both in Tamil nadu.,are the examples of tanjore The Antiquity of painting in India dates back to the pre historic past. It is widely believed that man learnt to draw and paint before he learnt to write, sing or dance. The most famous wall painting in the country are those in the caves at Ajanta (3 to 5 centuries AD). In south india important wall painting are present in the style painting on wall. 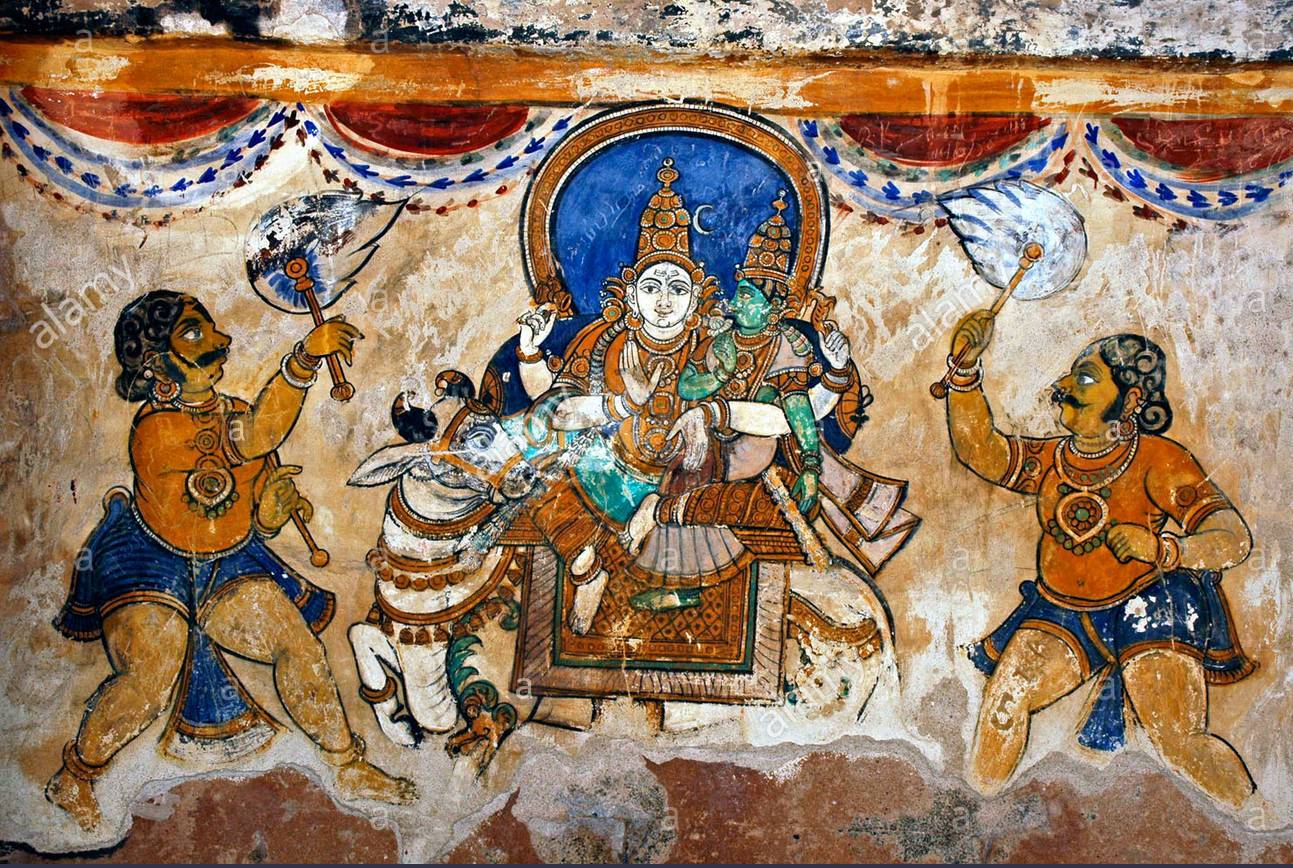 The cave temple at Thirunandikara in Kanyakumari district in Tamilnadu,dated between 8 and 9 centuries AD,are the examples of murals done in the kerala style of painting. 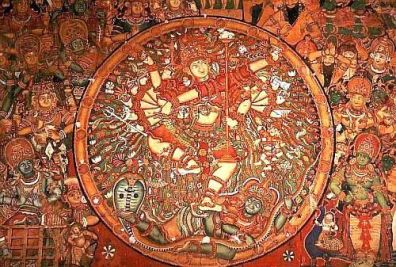 Various art forms are the outcome of the expression of enjoyment as well as appreciation of things around an artist. The greater the artist, the finer his creation will be .. Art can be as diverse as the work of the ancient artist who left his drawings in the caves in which he lived, as magnificent as the frescos in the Ajanta Caves or the splendid architectural marvels of Angkor Vat or as incomparable as the Nataraja bronze icon of the Chola period. The marvellous stone sculptures, the magnificent temples, the wood carvings, the soul stirring wall paintings, metal icons of celestial beings etc., made by master craftsmen with perfection have enriched social life and given a new dimension to our culture. All these have to be conserved for posterity.